When you meet Ada, you can't help but feel the joy in her infectious smile.  She loves her job, not because of what she does but because of Who she does it for.  Her first experience with Abigail Association was in 2008, when she was a part of the very first food distribution.

Ada had been working for Juanita during that time and soon found herself filling in the gaps that Janis, and her small team, weren't as experienced in.  Her knowledge and expertise landed her a part-time position as Janis' personal assistant as she continued to grow the organization, which was still in its early stages.  It wasn't long before she became Administrator for the San Jose Villanueva Clinic.

Her title may be Administrator but her role is all-encompassing.  From purchasing and distributing medications to taking care of legal paperwork for the clinic, it's hard to pinpoint just one of her many, important responsibilities.  On her own time, Ada takes it to the streets where she evangelizes to the homeless while bringing them clothing, visits those sick in the hospital and prays for anyone she can.

"It is a blessing to have Abigail Association here in a poor country with a lot of needs and a lot of sick people," she said.

She explained that people come to the Abigail Association clinics because they receive high quality treatment and medications.

"The elderly, the single mom with kids, they all feel like they're treated with a great deal of respect," she said, "even people who don't have the means to purchase their medicines."

Ada would love to see Abigail Association visible in all 14 departments of El Salvador, where the hospitals can't go.  Areas such as Cabanas and far away towns are hard for many to reach.

For God so loved the world that he gave his one and only Son, that whoever believes in him shall not perish but have eternal life. 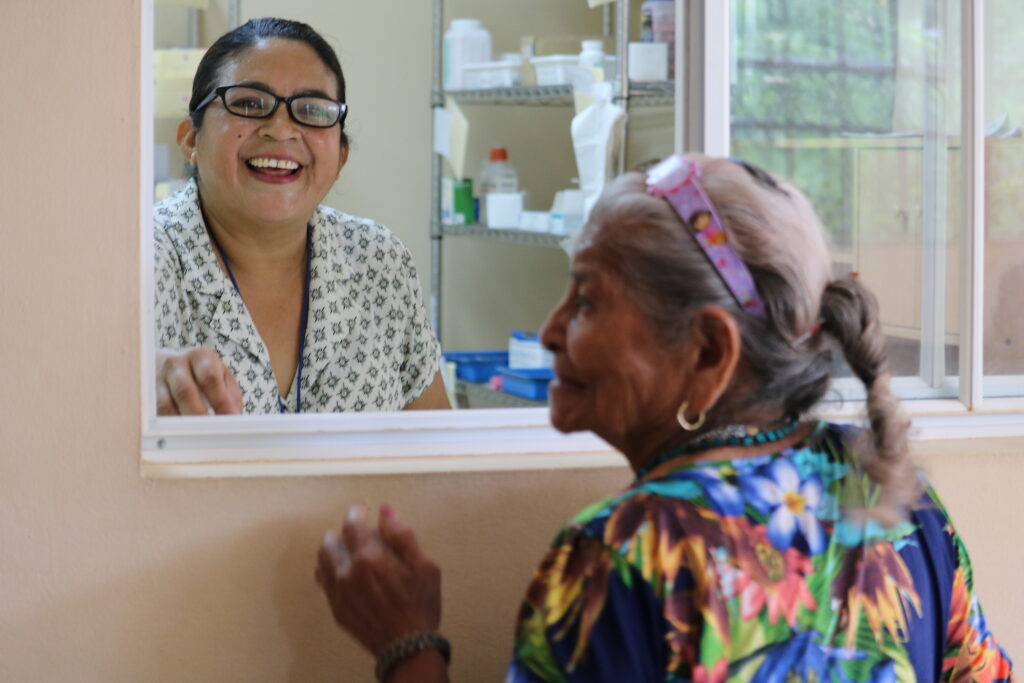